Next-Level Acceleration has arrived from NVIDIA® 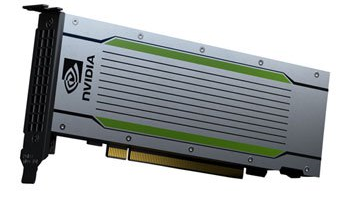 Online videos are continuously growing and becoming popular, which increases the demand for solutions that efficiently gain insights from videos. The NVIDIA® Tesla T4 delivers breakthrough performance for AI video applications and can decode up to 38 full-HD video streams, making it easier to integrate scalable deep learning into video pipelines. This advanced GPU is packaged in an energy-efficient 70 watt, single-slot PCIe form factor.

NVIDIA® claim that the Tesla T4 is up to 12x more power efficient than its former model, the NVIDIA Pascal™!

The NVIDIA® Tesla T4 has impressive specs which include:

If you would like to test the NVIDIA® T4, then please get in contact with our team at Boston Labs and we can arrange your test drive!

For more information, you can view the NVIDIA® T4 Datasheet here .