Boston are winners at the Storage Awards 2018

Boston is delighted to announce that we have been awarded "Hyper-Convergence Vendor of the Year" at the 15th annual Storage Awards.

This year the Storage Awards were held in the Tower Hotel, London nestled into the north bank of the River Thames next to Tower Bridge. This stunning location welcomed in excess of 200 IT professionals from across the industry. 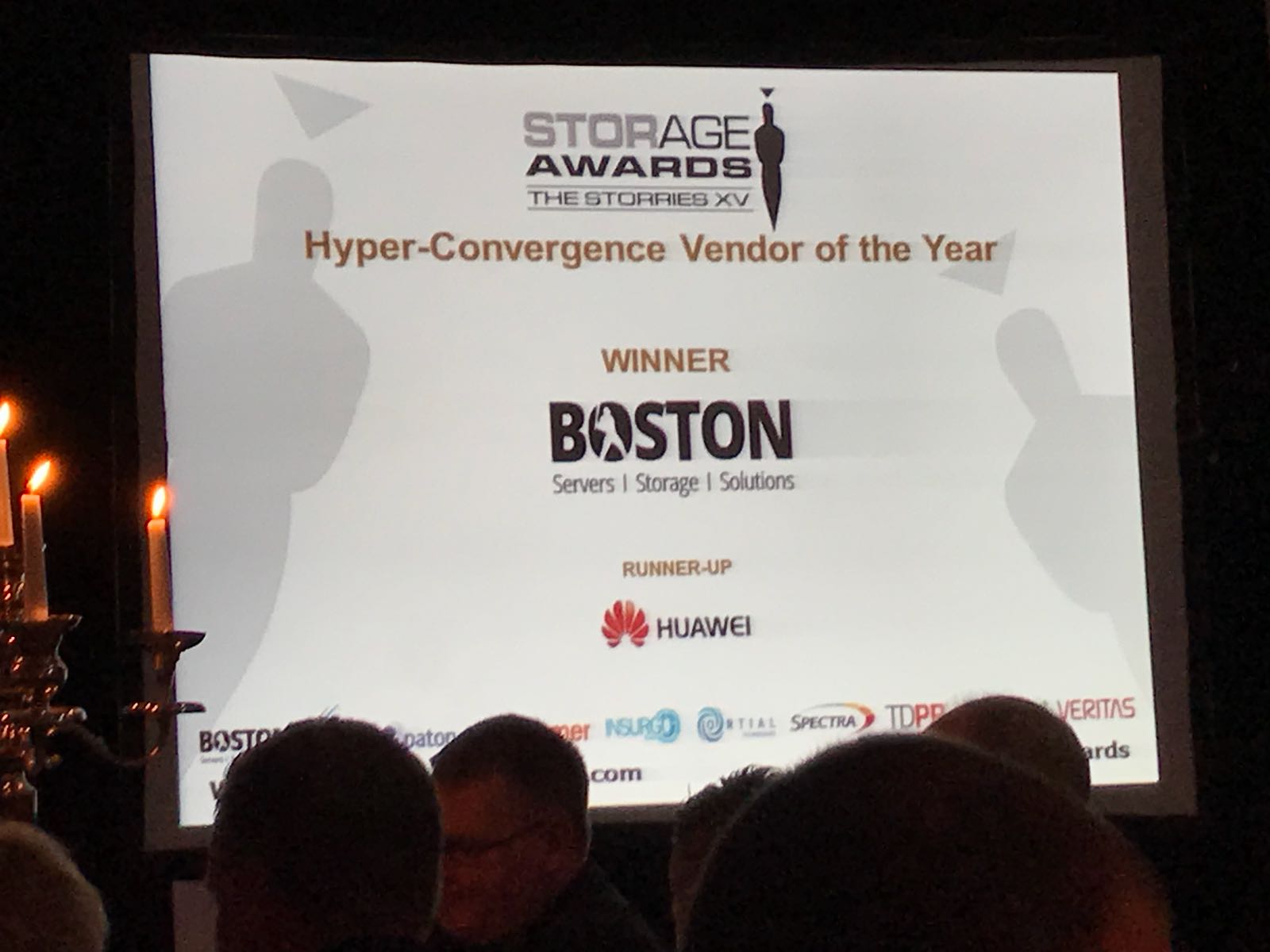 The award is a timely one as it's almost a year since the Boston Flash-IO Talyn family of solutions were launched which harness the power of Excelero NVMesh. The Boston Flash-IO Talyn utilise flash and networking technologies and connects them in a hyper-converged configuration using an enhanced version of the NVMe-OF protocol. With the combined solution every node is able to behave as an application server and as a storage target, ensuring its local flash storage is accessible to the other nodes in the cluster. Joining Boston last night to celebrate was Steve Wood from Micron®, and along with Supermicro®, Mellanox® and of course Excelero, Boston wouldn't have been able to achieve this accolade - so a huge thank you goes out to them all.

"Boston is thrilled to once again be a winner at the Storage Awards, and to be recognised for an area that we are so focused on with our partners means that this is an accolade that we can share in. This award is a timely one, as we have this week launched a "Utility" solution as part of the Flash-IO Talyn family. I invite anyone interested in this award-winning solution to contact us for an introduction and live testing in our BostonLabs facility." Manoj Nayee

More photos from the event and our partner reactions will be uploaded on across our digital feeds shortly, so stay tuned.

Congratulations to everyone involved for this fantastic achievement!

A full list of winners of the Storries XV